Thinking of a gift for someone special? Our gift vouchers are now available for all of our establishments. Buy Now

The Festive Season at Taps on the Green

Take a look to see what’s happening during the festive season at Taps on the Green!

Come down to the Taps on the Green on both Friday 15th and 22nd December and get the festive fun going. In addition to our pizza and pie menu there will be a selection of curries available to warm you up in this cold weather. There will also be music and festive beers to go around.

On Friday 22nd December between 4.00-6.00pm the Taps on the Green will be holding a Christmas party for the younger generation of Carnforth. Plenty of food, games and prizes to be won. It also provides the parents a great excuse to just come and have a drink! Tickets are priced at £3.50, they can be purchased within the Taps on the Green.

New Years Eve will be a pizza party night at Taps on the Green, indulge yourself to your hearts content and dance the night away with the songs you love on our duke box. Be sure to look out for our Price Crash drinks also! 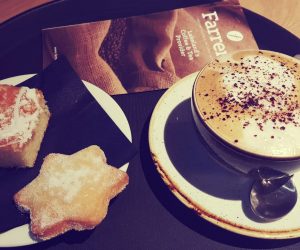 The new coffee shop based at The County Lodge & Brasserie in Carnforth, opened... 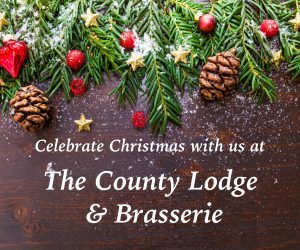 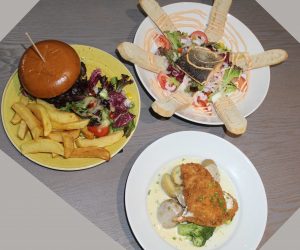 We are excited to announce that the new menu at The County Lodge &...